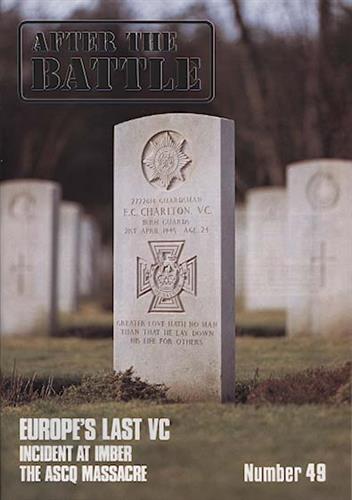 Stock image only. Actual cover art may differ.
EUROPE'S LAST VC - Guardsman Edward Charlton fought the battle which earned him the posthumous award of the Victoria Cross at Wistedt in northern Germany in April 1945. It Happened Here - Incident at Imber - The horrendous accidental machine-gunning of a spectator stand during a live-firing demonstration on Salisbury Plain in April 1942 described by Denis C. Bateman. War Crime - The Ascq Massacre The murder of civilians by 12. SS-Panzer-Division in this Belgian village in March 1944 by Dr Jean-Marie Mocq. Wreck Recovery - A Lonely Grave on Ben More Assynt - David J. Smith tells the story of the commemoration to crew of Anson N9857 lost on a training flight on April 13, 1941.
Publisher
After The Battle
Format
Softcover
Categories
History & Military