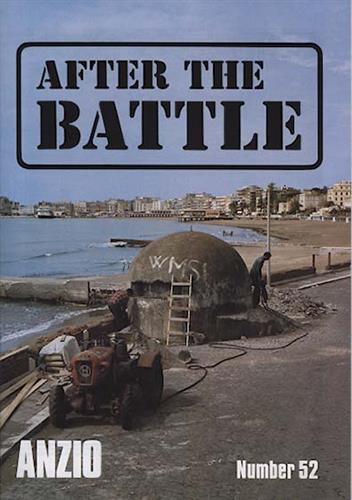 Stock image only. Actual cover art may differ.
ANZIO - Colonel J. H. Green describes the landing in January 1944 on the Italian coast. His story covers the Beach-head Area, The Landings, The Allied Offensive, The German Attack, Operation 'Fischfang' - the major German offensive, The Crisis, VI Corps holds the beach-head, Stalemate, The Break-out, 1976-1986. War Film - The Battle for Anzio - Film recreation shot in 1967 described by William B. Travis (AKA Trevor Popple). It Happened Here - Massacre in Rome - March 1944 - a bomb explosion aimed at killing German troops marching in the Via Rasella results in the massacre of 335 hostages in the Ardeatine caves
Publisher
After The Battle
Format
Softcover
Categories
History & Military