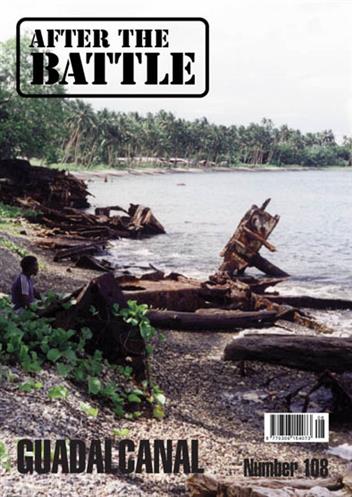 Stock image only. Actual cover art may differ.
GUADALCANAL - Karel Margry tells the story of the savage land, air and naval clashes in the six-month campaign for the possession of the island in the South Pacific which was the turning point of the war in the Pacific. Pacific - Recovery of missing Makin Raiders - On August 17, 1942, US Marines of the 2nd Marine Raider Battalion landed on the Japanese-held island of Butaritari. This is the story of the search for those who failed to return by Karel Margry. Wreck Discovery - Battle over Malta - Anthony Rogers investigates crashes on Malta during the 2½-years of aerial warfare over the island. Readers' Investigations - Natzweiler-Struthof Concentration Camp - Nigel Smith tells the story of this concentration camp located in eastern France.
Publisher
After The Battle
Format
Softcover
Categories
History & Military