Phillip Island to Fangio: The History of the Light Car Club Australia 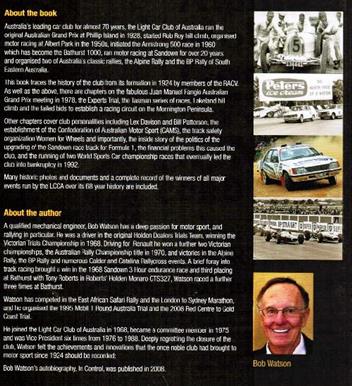 Stock image only. Actual cover art may differ.
Phillip Island to Fangio: The History of the Light Car Club Australia traces the history of the club from its formation in 1924 by members of the RACV. As well as the above, there are chapters on the fabulous Juan Manuel Fangio Australian Grand Prix meeting in 1978, the Experts Trial, the Tasman series of races, Lakeland hill climb and the failed bids to establish a racing circuit on the Mornington Peninsula.

Other chapters cover club personalities including Lex Davison and Bill Patterson, the establishment of the Confederation of Australian Motor Sport (CAMS), the track safety organization Women for Wheels and importantly, the inside story of the politics of the upgrading of the Sandown race track for Formula 1, the financial problems this caused the club, and the running of two World Sports Car championship races that eventually led the club into bankruptcy in 1992.

Many historic photos and documents and a complete record of the winners of all major events run by the LCCA over its 68 year history are included. 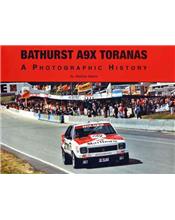 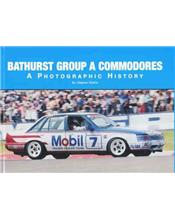 Bathurst Group A Commodores: A Photographic History
A$99.94
FREE SHIPPING 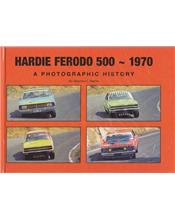 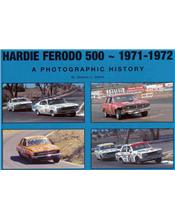 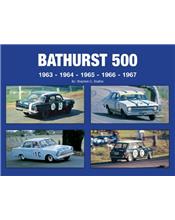 Bathurst Hardtop Falcons: A Photographic History
A$94.99
FREE SHIPPING
back to top