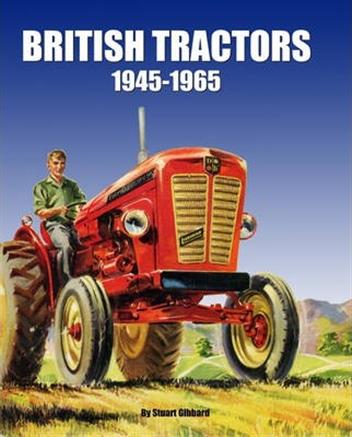 Stock image only. Actual cover art may differ.
From Allis-Chalmers to Vickers, this is an A-Z of tractors made in Britain between 1945 and 1965, written by a universally acknowledged expert in the subject, whose work has been widely published in books and magazines.

It deals with the products of not only British manufacturers such as David Brown, Ferguson and Nuffield, but also the American makers who established plants in Britain to overcome post-war import restrictions, which included International Harvester, Massey-Harris and Minneapolis-Moline. Demand for tractors after the War was insatiable, and the period covered saw extraordinary growth in production and innovation in design. The text is illustrated exclusively with images - some 400 in all - from the manufacturers' sales brochures and publicity material, giving a unique flavour of the times and an impression of the features the manufacturers were highlighting in the promotion of their tractors.
Publisher
Herridge & Sons Ltd
ISBN
1906133522
ISBN-13
9781906133528
Format
Hardback, 176 pages
Published
2014
Categories
Transportation > Tractors & Farm Equipment > General
back to top