Astronaut 1961 Onwards (All Roles and Nationalities) 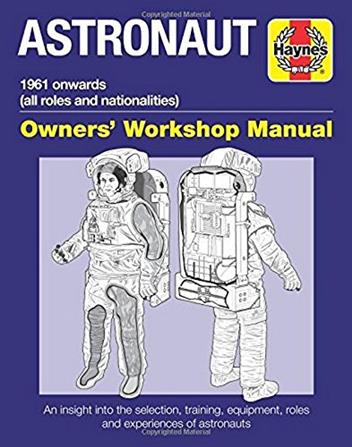 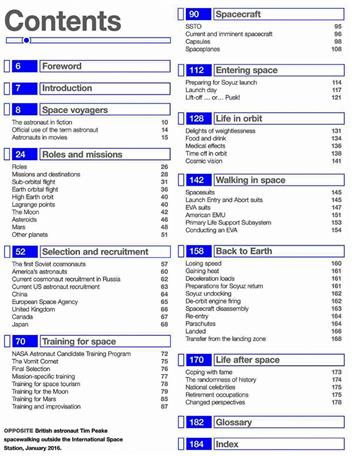 Stock image only. Actual cover art may differ.
The book begins with early ideas about astronauts in science fiction and film portrayals of the role. It goes on to cover recruitment and the application process to become an astronaut with NASA and ESA, and the qualifications and fitness required for various astronaut roles. The reader is taken through training for different types of astronaut roles (pilot, scientist, payload specialist, space walker, Moon walker, etc) and the different types of missions are described (sub-orbital, Earth orbit, living aboard the International Space Station (ISS), lunar flight and landing, driving on the Moon, and planned future missions to asteroids and Mars).

The equipment used by astronauts is documented, including clothing, space suits, tools, backpacks, zero-gravity toilets, food stations, etc. The experience of space flight on typical missions is outlined, illustrated by the accounts of real astronauts on actual flights the experience of launch, first reactions to Zero-G, exiting the hatch for a spacewalk, the views of Earth, walking on the Moon, and re-entering the Earth s atmosphere. The book is written in a style accessible to the layperson, while including sufficient technical details to satisfy more knowledgeable readers. It also captures the excitement and wonder of spaceflight, making extensive use of astronaut biographies and interviews to uncover the real human experience, as much as technical information to provide detail to satisfy those curious about how it works
Publisher
Haynes Publications
ISBN
1785210610
ISBN-13
9781785210617
Format
Hardbound: 176 pages
Published
2017
Categories
Science & Technology 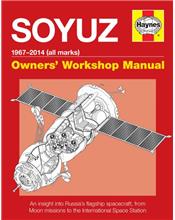 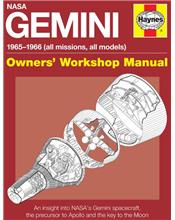 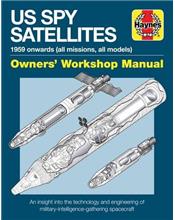 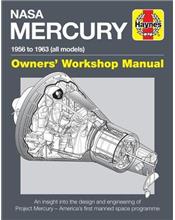 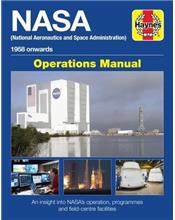