My Life in Motorsport: His Final Autobiography 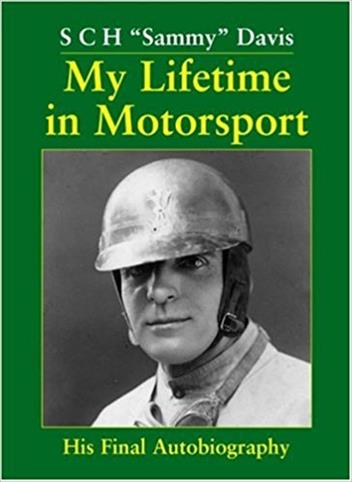 Stock image only. Actual cover art may differ.
S C H Davis, known to friends and fans as Sammy, is one of the most popular and enduring figures in the history of British motor sport, universally remembered for his heroic, glorious victory for Bentley at Le Mans in 1927.

Born in the 1880s, he experienced and was involved in the earliest days of motoring before going off to the First World War in 1914. Though injured, he survived the War and in 1919 joined the staff of The Autocar.

In the 1920s he earned a reputation as a fast, reliable and intelligent driver in competition, showing a profound sympathy and understanding of machinery.

This activity, along with journalism, continued into the 1950s. When hostilities broke out again in 1939, though now in his 50s and too old to enlist, he was able to wrangle his way into the war, and served through to 1945.

This is his last autobiography, crowning the two volumes of his experiences that were published in 1932 and 1949. It was drafted in the 1960s, when he was in his 80s, but was never published.
Publisher
Herridge & Sons
ISBN
1906133026
ISBN-13
9781906133023
Format
Hardbound: 192 pages
Published
2008
Categories
Transportation > Cars & Trucks > General > Biography & Autobiography
Transportation > Cars & Trucks > Racing > Motorsport Biography & Autobiography