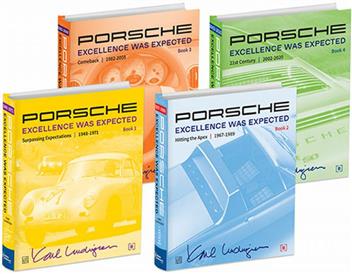 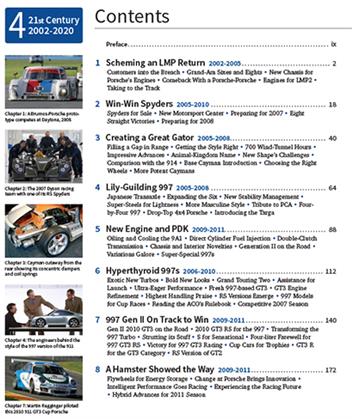 Stock image only. Actual cover art may differ.
Porsche: Excellence was Expected, Karl Ludvigsen‘s masterwork, is the unrivaled history of the Porsche company, its cars, and its motor racing heritage from the first Gmünd coupe in 1948 through its sixty years as an independent car company to its continued success with the 2020 Taycan under the auspices of the Volkswagen Group.

Over 40 years ago, Ludvigsen‘s first edition of Porsche: Excellence was Expected was hailed as "the definitive archetypal marque history," and updates in 2003 and 2008 continued to enhance that reputation. For this final update, the first in over 10 years, Ludvigsen reviewed newly available Porsche archival material, conducted new in-depth interviews, and unearthed many fresh facts that allowed new and sometimes surprising interpretations of many aspects of the Porsche company and its cars.

Now four volumes, 2,834 pages and with nearly 3,000 photos and illustrations, every page of this all new Excellence was Expected has been revised and redesigned.

● New for this edition:
● Revised from beginning to end and updated through model year 2020
● New 4th volume (up from 3 volumes)
● 132 chapters (up from 66 chapters)
● Over 1,000 additional pages
● Hundreds of new color photos and illustrations, with nearly 3,000 photos and illustrations total
● 12 new chapters covering 911 (Types 991 and 992), 918 Spyder, 919 Hybrid, Taycan and Porsche company evolution
● 10 new chapters with updated coverage of Boxster, Cayman, Cayenne, Macan, and Panamera
● 32 new Focus chapters highlighting fascinating people and rare Porsche cars through the decades
● All new Porsche model timelines featuring exclusive color illustrations of key Porsche models from 1948 - 2020
● Updated Competition Victories appendix
● Remarkable both for its breadth of coverage and its technical depth, Excellence was Expected covers every road and racing car from the first Gmünd coupe through the development of the 2020 all-electric Taycan.

Ludvigsen dedicates 30 chapters to tracing the evolution of the iconic Porsche 911 from its conception in 1962 to the cutting-edge technology in the current 992 platform. As the world's largest race car manufacturer, Porsche‘s storied competition history is given 44 chapters, taking the reader from the 550 Spyder‘s class win in the 1954 Mille Miglia to the impressive 919 Hybrid‘s third consecutive overall win at Le Mans in 2017. Also closely examined is the market success of the Cayenne, Macan and Panamera, as well as the enthusiastic press and customer response to the Boxster/Cayman.

A more human drama unfolds as Ludvigsen presents the inner workings, masterpieces and failures of the independent automaker. And he outlines in detail just how and why, even after the events that eventually plunged Porsche into the hands of Volkswagen, Porsche has continued to be Porsche. 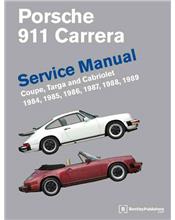 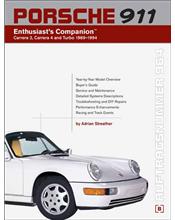 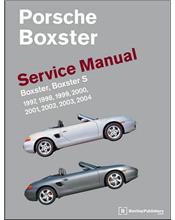 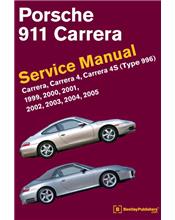 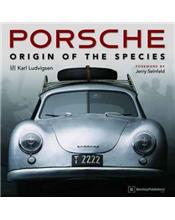 Porsche : Origin of the Species
A$375.00
FREE SHIPPING*
*FREE SHIPPING is available within Australia mainland and Tasmania only
back to top