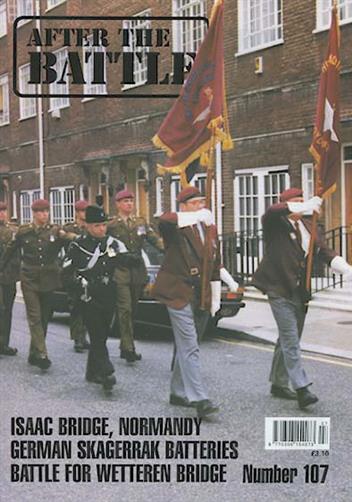 Stock image only. Actual cover art may differ.
FROM THE EDITOR - readers' letters and follow-up stories on previous issues A Veteran Remembers - The Battle of Broekhuizen - John Gaunt re-visits the scene of the battle in October/November 1944 in the small village on the west bank of the river Maas in south-eastern Holland. It Happened Here - Isaac Bridge, Normandy - Karel Margry tells the story of 'Pont Isaac' - the bridge built acros the Seulles river in June 1944 by the 183rd Field Company, Royal Engineers. Readers' Investigation - The Battle for Wetteren Bridge - Jean Paul Marchal describes the battle for the possession of a bridge across the Schelde river in Belgium in September 1944. Preservation - The German Skagerrak Batteries - Batterie Vara at Kristiansand - the only place in the world where a German 38cm gun can be seen in its original position - as told by Thole Jan Wieringa.
Publisher
After The Battle
Format
Softcover
Categories
History & Military