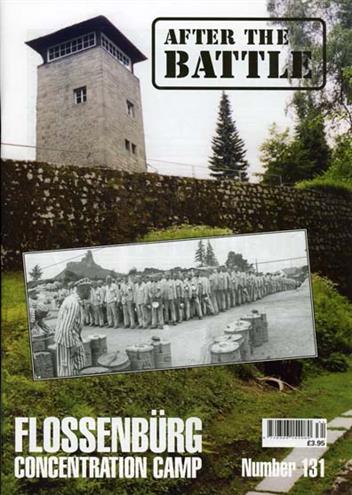 Stock image only. Actual cover art may differ.
FLOSSENBÜRG - Flossenbürg was one of the deadliest Nazi concentration camps. Between May 1938 and April 1945, over 100,000 persons passed through its gates, of which at least 30,000 perished through hard physical labour, illness and starvation, mistreatment and torture, wanton killing and deliberate executions. Karel Margry describes the camps terrible past. Readers' Investigation Just One Crew of Many - John Williams tells the story of a crew of RAF Bomber Command who were shot down and killed during the Second World War. Preservation The Tunnels of Dover Castle - The medieval Dover Castle on the white cliffs facing the Channel hides a labyrinth of tunnels, underground passages and vaults beneath its rock-solid facade. Roy Humphreys takes us through this remarkable fortification on the Kent coast. United Kingdom The Freckleton Air Disaster - Niall Cherry tells how at 10.30 a.m. on the morning of August 23, 1944 the worst aircraft crash disaster in the UK during the war occurred when an American B-24 Liberator bomber smashed into the village school of Freckleton in rural Lancashire during a thunderstorm, killing 61 people. Remembrance Arlington National Cemetery - It was during the American Civil War that the estate surrounding Arlington House, situated on a hilltop overlooking the Potomac river in Washington, was requisitioned by the Union Army for a military cemetery. Now containing over a quarter of a million graves, Arlington has become a shrine to the nation's heroes and a beautifully landscaped memorial to those Americans who have served their country with honour. James Edward Peters guides us through this unique piece of American history.
Publisher
After The Battle
Format
Softcover
Categories
History & Military