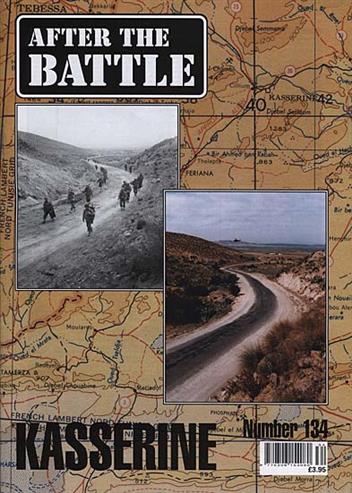 Stock image only. Actual cover art may differ.
KASSERINE - Jean Paul Pallud describes how Kasserine came as a terrible blow to the Americans, a setback that struck the American home front with shocked disbelief. In their first battle against the German Wehrmacht the US Army had suffered a humiliating rout. Unlucky Baptism of Fire Within days of the German assault on Holland on May 10, 1940, it became clear that the air defences on the continent were insufficient to counter the weight of the Luftwaffe. As a consequence, RAF fighter units based in southern England were deployed in support of squadrons of the British Air Forces in France (BAFF) and for most it would be their baptism of fire. Jan Jolie tells how tragically, for some young pilots their first experience of combat would also prove to be their last. MWO (Dutch VC) for the Polish Para Brigade On May 31, 2006, in an official ceremony in the courtyard of the Dutch Parliament building in The Hague, Queen Beatrix of the Netherlands awarded the Militaire Willems Orde (Military Order of William) — the highest Dutch military decoration for bravery in war — to the 1st Independent Polish Parachute Brigade for the role it played during the Battle of Arnhem in September 1944. At the same time, the brigade's wartime commander, Major-General Stanislaw Sosabowski (1982-1967), was given a posthumous Bronzen Leeuw (Bronze Lion), Holland's second-highest gallantry award.
Publisher
After The Battle
Format
Softcover
Categories
History & Military