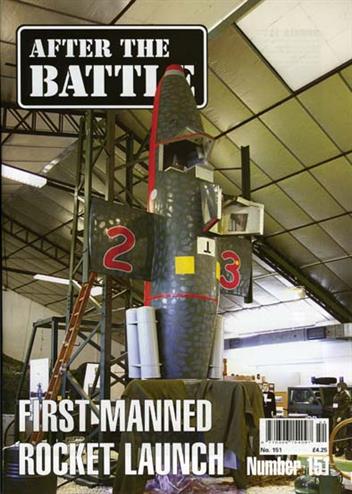 Stock image only. Actual cover art may differ.
FIRST MANNED ROCKET LAUNCH - Jean Paul Pallud gives a fascinating insight into the development of the first manned rocket produced by Dipl.Ing. Erich Bachem. The Birchington Mine -On August 3, 1940, a parachute mine was reported to have come down on land at Shuart Farm near the north Kent coast. Chris Ransted tells us the full story. The US 'Rosie the Riveter' Memorial - David Mitchelhill-Green tells the story of the women who became known as 'Rosies' for their remarkable efforts to the US shipbuilding industry during WWII. German War Graves in Britain - Andy Saunders and Joe Potter describe the work involved in identifying former missing German airmen in the United Kingdom. HM Prison Pentonville During World War II - In this story we tell how Pentonville Prison was hit and damaged several times during raids on London. The Empire Air Training Scheme in Canada - Three and a half months after the outbreak of the Second World War, a group of men gathered in the office of Canadian Prime Minister Mackenzie King for the signing of an 'Agreement Relating to the Training of Pilots and Aircrews in Canada'. Clarence Simonsen tells the full story.
Publisher
After The Battle
Format
Softcover
Categories
History & Military