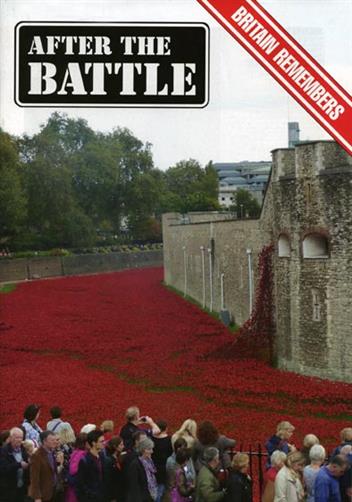 Stock image only. Actual cover art may differ.
THE BATTLE AT CAMP BOWMANVILLE —: David Mitchelhill-Green tells the story of this Prisoner of War camp which was the venue for the only skirmish on Canadian soil during the Second World War, when a 3-day riot broke out which became known as the ‘Battle of Bowmanville’. This incident had the potential to have worsened an already tense international situation over the accepted treatment of prisoners of war. Mary Churchill’s Anti-Aircraft Battery — Lady Mary Soames, daughter of Winston Churchill, tells her story of the time she spent manning various Anti-Aircraft batteries in and around London and how having such a famous father could sometimes prove difficult for her to perform her duties. Return to the Battle of the Bulge — Jean Paul Pallud revisits the scene of this famous battlefield . . . 70 years on. The Battle of Singling — On December 6, 1944, a small tank/infantry force of the US 4th Armored Division attacked the tiny village of Singling in north-western France. Karel Margry explains what happened next. Britain Remembers: 1914-2014 — To commemorate the 100th anniversary of the start of the First World War, the Tower of London’s moat was transformed into a sea of red when 888,246 ceramic poppies — one for each British and Commonwealth casualty of the war — were planted. We tell this remarkable story of how the idea was formed and took place in this historic landmark.
Publisher
After The Battle
ISBN-13
9770306154103
Format
Softcover
Categories
History & Military