By Harry Sucher and Timothy Pickering
A$65.80
FREE SHIPPING*
— or —
Availability: Usually dispatched same or next day
Or call (02) 9057 4158 to order.
Quote order code FRANKLINS. 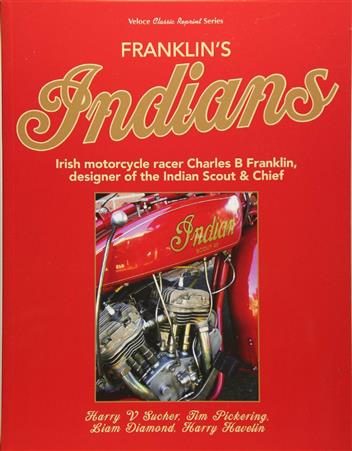 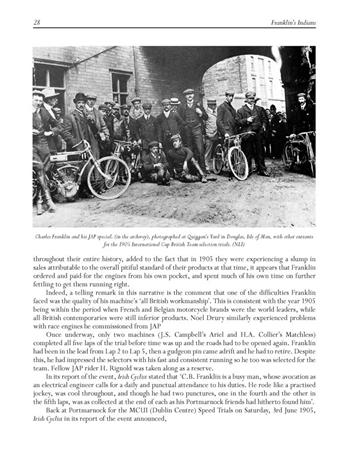 Stock image only. Actual cover art may differ.
The Indian has been the iconic image for American big V-Twins down the years, due in no small measure to the motorcycles designed by Charles B Franklin - the Indian Scout and the Indian Chief. Charles Franklin was born and raised in Ireland where he quickly became involved in motorcycle racing during the pioneer years. He rapidly established himself as Ireland s first big star of racing and was the first to represent Ireland in international motorcycle competition.

In the Isle of Man TT he consistently finished in the top eight, and in 1911 claimed second place, a remarkable achievement in itself. But it was when he moved to Indian in the USA, where he became the Chief Design Engineer, that his genius really flowed. His designs catapulted Indian back into the forefront of motorcycle design in the 1920s and 30s and his racing engines and motorcycles won much glory for Indian against stiff opposition. Franklin introduced remarkable improvements in sidevalve combustion chamber design that pre-dated the work of Ricardo.

He championed an holistic approach that popularised new features such as the semi unit-construction powerplant , helical-gear primary drive, double-loop full-cradle frames and a host of other improvements to the early motorcycles. This book not only chronicles his life but also sheds much new light on the history of Indian motorcycles and the often turbulent times of the Indian Motorcycle Company itself. A much needed book for all Indian fans and all who love the history of the classic American V-Twins.

● An in-depth study of Charles B Franklin and the iconic Indian motorcycles that he designed
● Irish-born designer Charles B Franklin was one of the foremost motorcycle racers and record breakers of his era
● Franklin’s racing achievements included second place in the Isle of Man Senior TT, and being the first man to cover 300 miles in 300 minutes on a motorcycle
● This story sheds new light on the often turbulent history of the Indian factory itself, here interpreted within the social history of the global motorcycle industry
● Franklin’s Indian Scout and Chief designs helped establish the popularity of the heavyweight American v-twin, and saved the factory from an otherwise certain demise in the early 1920s
● How the Indian race program won much glory against the Harley “wrecking crew” and other adversaries in the racing game
● The influence of the Indian designs upon the industry, leading to global improvements in motorcycle design
● Franklin’s discoveries of “squish” pre-dated those of Harry Ricardo
● Tales of motorcycle people and events on both sides of the Atlantic from 1903 through to 1932
● This book is now part of the accepted canon for Indian motorcycle history, and is one of two books on the subject recommended by the 101 Association of America
Publisher
Veloce Publishing
ISBN
1787112233
ISBN-13
9781787112230
Format
Paperback: 352 pages
Published
2018
Categories
Transportation > Motorcycles, Scooters & ATVs > Racing > Biography & Autobiography 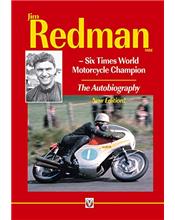 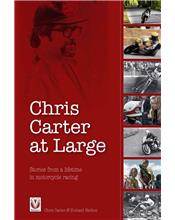 Chris Carter at Large
A$41.10
FREE SHIPPING*
*FREE SHIPPING is available within Australia only
back to top