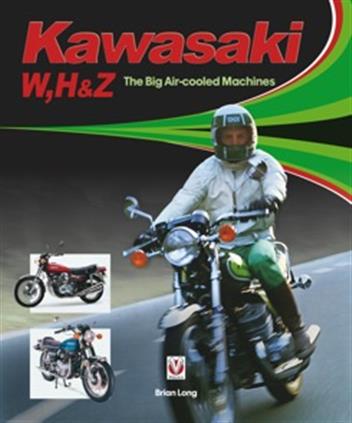 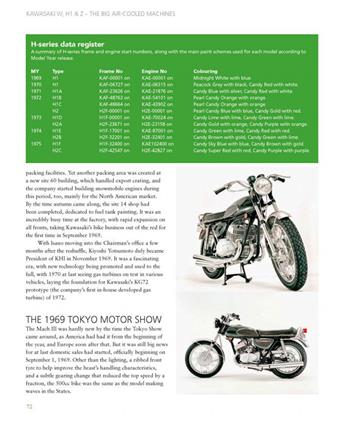 Stock image only. Actual cover art may differ.
The definitive history of the big air-cooled Kawasakis, from little known machines hardly seen outside Japan to the early Zs that took on the world. The book covers all major markets and uses stunning contemporary photography gathered from all over the globe to help owners establish authenticity or simply take a trip down memory lane.

The story of the air-cooled 'big' Kawasaki bikes in definitive detail, researched and written in Japan with the full co-operation of the Kawasaki factory. This series of models put the Kawasaki company on the map during the sixties and seventies, helping it to survive a difficult era that saw hundreds of Japanese motorcycle makers reduced to just four.

Successful immediately, these models defended Kawasaki's honour on the tracks as well as in the showrooms, handing the company numerous world championship titles. The series was recently revived as part of a retro boom, and a new machine has been launched, delivering the same thrill and charm as its predecessors. 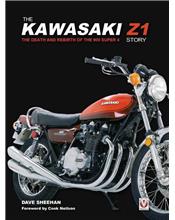 The Kawasaki Z1 Story : The Death and Rebirth of the 900 Super 4
A$40.65
FREE SHIPPING*
*FREE SHIPPING is available within Australia only
back to top